The definition of tip: 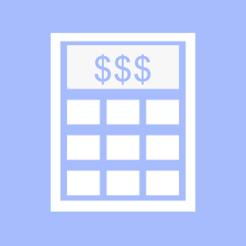 A small amount of money that we provide someone who has given some of the services is known to be the tip which has been given as a way of expressing gratitude. For the good and services, we are receiving needs to pay the price of the thing that we have bought. However, that money is not reaching the person who serves us rather than it reaches the owners of the company instead of the service providers. The tip amount has been given are most specifically in places like cafes, restaurants, and the places which are linked with food, and then the tavern there is no doubt in that. In the case, we are providing the tip amount for the waiting persons one who takes our orders, and then one who make or prepare a drink for us in the bar that is the bartenders, and then for the waitress who brings coffee in the coffee shop, and also to the person who gets food to the serve.

In various places and for the various services we provide the tip for the service persons. The process of tipping can be stated with various places like hotels, bars, coffee shops, hostels, and so on. In the case of the hotels, we may tip to the person who brings our luggage to the room that is the hotel porters, and also for the person who cleans the room we stay. And also for the person one who does the room services with the part of bringing food and then other services to the room. And also with the various situations, we may tip for the service providers. In some of the profession, the people live out of the tip amount what they receive. For illustration, while taking the tourist guides they make out of their life only with the tip that they receive by their services. With the case of the delivery service, they must deserve the tip amount after they bring food for us. Because they work with all of the times with the same energy and effort even in the nights, and rain. So we must gratitude them with some of the tip amounts. For the long period of driving, we may pay some more amounts for the drivers for their tolerance and effort what they have made.