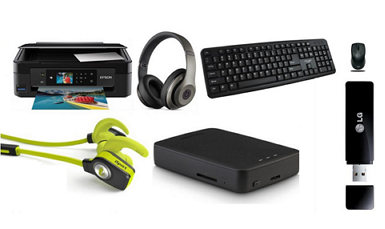 System Unit – System unit is nothing but a large rectangular shaped box that is typically used and found underneath your desk. The most important thing that you will have to understand the system and act is that this system unit is considered as the core part of the computer. It is known as the brain of the computer. It is also known by the name that the tower of the computer. This is the place where you can insert your CDs and DVDs and will be used to watch the movie or such thongs. You can as well insert your floppy disk into that. The tower is also another name for CPU. CPU is called the central processing unit. CPU also refers to the actual chip that is it can be like AMD or intel. Therefore it could be quite confusing why people always refer to CPU just as CPU. You have to get the right type of reference from the context of the conversation. So that you will understand better.

Mouse –  A mouse is nothing but a small device that is used for allowing you to make the selections you want to make on your computer screen. They will come in different types and shapes but everything will just resemble a mouse. The mouse is something that connects to the system units and it can also be wireless. The mouse that you use can also have 1 button, 2 buttons, 3 buttons, or 4 buttons with a scroll that will be used to scroll through the page. This scroll will be present at the center of the mouse.