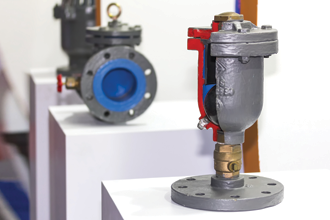 The various parts of the disk perform multiple functions that are required for the valve to function for flow or stoppage. The disk or the plug as it is known to do just that. They are put in place to throttle the flow. They either slid or stem up for stopping the flow of the fluid or gas that is to pass by. The disk can be of two types the balanced and unbalanced. The unbalanced have a smaller valve structure which can enable it to take low-pressure drops. The advantages of using this kind of valve will have to purchase it at a lower cost as well as also a single leak path that may occur. The smaller size is the only limitation of this valve. The balanced type of the globe valves has many advantages; it has and a lot of holes throughout the plug.

The functions of the valve

This kind of valve will not have to fight off the static forces that will prevail through the flow of the fluid or the gas. But in the process, there is a creation of a possible second leak path to happen. The cost is of such valves a little expensive than the former. The stem of the valve is a connector to the actuator of the pipe’s insides and gives that force that is required. The stems can either be controlled by the threaded valves, manual or even the actuator-controlled ones. The packaging too is wearable and has to be replaced during maintenance of the pipe and prolong its life. The stem of the valve has to bear a lot of compression force, especially during the closure of the valve. Hence the stem has to be made of a material that has the high tensile strength to bear the pressure that is exerted and not give out, which is also required during the opening of the valve.

The need to create a seal for the leakage not to happen is because of the usage of the wearable material that is used in the packing of the bonnet. It is just a covering has to be placed on the packing nut so that there is no contamination of foreign bodies that can enter the packing material and damage and cause the leaks to happen. This is also one of the reasons the there are chances to wear out too. The valve also consists of the cage, which is also found in the body of the valve; the cage determines the flow of the fluid or gas when the lid is opened or closed.

The plug lets the cage to either let in more or less because it is the decider for the flow to happen when the valve is either opened or closed. They are more used as a guide for the plug the seat to enable the shutoff to be good. The position of the valve provides stability for the shut off to happen. The place is screwed or torqued for it to function of allowing the cage down on the lip of the place so that it holds on tightly to the body of the valve.